Toraichi Matsuoka (松岡虎一 Matsuoka Toraichi) is the late husband of Miyako Matsuoka and the father of Rin Matsuoka and Gou Matsuoka. He is an alumnus of Iwatobi High School and a competitive swimmer in their then-existent swim club. He was a fisherman by trade and during a particularly bad storm, his fishing boat sunk and he drowned, along with his crew, leaving Miyako to raise their children, Rin and Gou, alone.

Toraichi's dream was to compete at the Olympics, but his dream was never realized. Instead, he remained in Iwatobi, became a fisherman and married Miyako who gave birth to two children. Rin once stated that he has very few memories of his father since he was always away at his job. When he learned about his father's dream, Rin decided he, too, wanted to become an Olympic swimmer to fulfill his father's wish. [1][2][3] 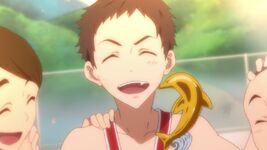 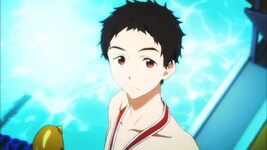 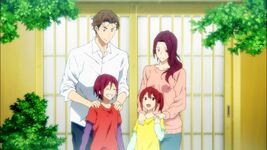 Add a photo to this gallery

Retrieved from "https://free-anime.fandom.com/wiki/Toraichi_Matsuoka?oldid=42859"
Community content is available under CC-BY-SA unless otherwise noted.