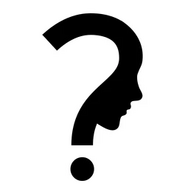 Satomi Nii (仁衣里美 Nii Satomi) is a minor character in the light novel High☆Speed！ written by Kouji Ohji.[1] She is a first-year student at Iwatobi Junior High School with Haruka Nanase and his classmates.

Throughout the novel, it is implied that she has short hair.

She is a hard-working student, good swimmer and sensitive person. She and Haruka are class library assistants as first-years at Iwatobi Junior High School.

In the past, Satomi is extremely close with both Natsuya Kirishima and Ikuya Kirishima, having belonged to the Bandou Swimming Club with them. Over time, however, the friendship with Ikuya cooled when he began to display a bad attitude and was no longer selected to participate in relays. As both Ikuya and Satomi enter junior high school, Satomi decides to join the Iwatobi Junior High School Swim Club under the leadership of Natsuya which greatly disturbs Ikuya who yells at Satomi for betraying him. Satomi is left in tears as she explains to Haruka and Makoto Tachibana her confusion about things, while Nao Serizawa listens with empathy.