Since 2013, Kyoto Animation has showcased its growth in a bi-annual event called the Kyoto Animation and DO Fan Appreciation Event (aka KYOANI & DO FAN DAYS) which highlights the studio’s accomplishments of the previous two years. In 2015, the theme of the event was “This is What We Are Now!! -Animation Entertainment-” and featured several of the studio's top animation media, including the Free! series as a major studio project. 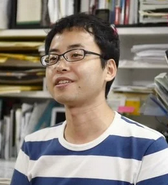